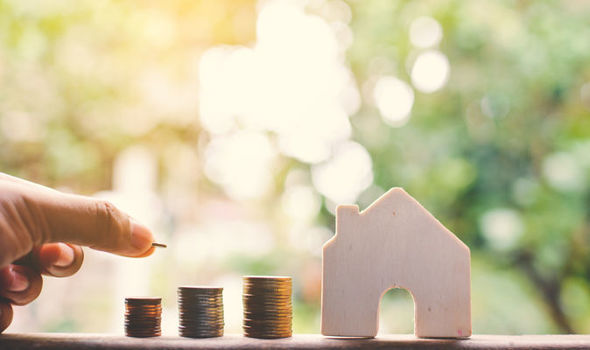 MORTGAGE borrowers have grown accustomed to rockbottom mortgages, but those days are now coming to an end as rates finally start to pick up. This could come as a shock to homeowners who are already stretching to meet their monthly repayments, while higher borrowing costs could also dent house prices, which have remained resilient despite recent economic uncertainty.

There is still time to lock into a cheap mortgage and many people are rushing to do this now, so it may be wise to act sooner rather than later.

However, take care when comparing mortgages as research shows best buy headline rates can be more expensive than they first appear.

Mortgage costs started climbing in the final three months of last year with the average three-year fixed rate to 60 per cent loan-to-value (LTV) up 5 per cent, which would cost somebody with a £150,000 mortgage an extra £360 a year.

Mark Lofthouse, chief executive of UKMortgages, said its data reflects the impact of the Bank of England’s November interest rate rise to 0.5 per cent, with almost every lender passing on the extra cost: “Mortgage rates are rising slowly and steadily month on month.”

This trend could accelerate with the Bank signalling a more aggressive line on rate hikes in the months ahead.

Lofthouse said mortgage choice has also grown with 8,373 deals now on the market, up 2,000 in the last year: “This is giving borrowers a far wider choice than just two or three years ago, making it easier to get a good deal while they last.”

Worried homeowners are rushing to remortgage and beat rate hikes, according to separate figures from conveyancing service company LMS.

Just 2 per cent opted for a variable-rate mortgage, a record low.

The vast majority are fixing instead to protect themselves against future rate hikes.

However, huge numbers could be vulnerable to a rise in borrowing costs, with almost half the UK’s eight million existing mortgage holders either on a standard variable rate or tracker.

LMS chief executive Nick Chadbourne said more than eight out of 10 homeowners now expect an imminent rate rise: “The markets are pricing-in the next base-rate rise for as soon as May with at least three rate increases over the next three years.”

Although mortgage rates will remain low by historical standards, this will still come as a shock.

The average tracker mortgage has increased from 1.93 per cent to 2.15 per cent since November, a rise of more than 11 per cent, according to latest figures from MoneyFacts.co.uk, with 10-year fixes creeping up to 3.05 per cent.

But the average two-year fixed rate remains low at 2.36 per cent.

Rachel Springall, finance expert at the site, said a base rate hike is not the only factor driving up rates.

A government lending initiative, the Term Funding Scheme, which gave cheap funding to banks, is coming to an end.

She said: “The clock is officially ticking on how long lenders can prolong the lowest rates.”

She said borrowers should take advantage of today’s low interest rates to overpay their mortgage: “This will increase the equity in your home and even help you reduce the term of your loan, saving interest in the long run.”

Take care when looking for a deal as those with the lowest headline rates may be expensive when all fees and incentives are taken into account.

Ishaan Malhi, chief executive of online mortgage broker Trussle, said: “Borrowers are enticed into making decisions based on low headline rates rather than the true cost and can end up paying out more than they expect.”

More than half of adults have unused gift cards. Here’s how to make sure you don’t lose that money

If you’re like many Americans, you could be sitting on a small financial windfall.
Read more
Personal Finance

One of the most common questions we receive centers around the decision with what to do with your...
Read more

Tesla said Monday that a $23 million bitcoin-related impairment caused some drag on its quarterly operating income.

From bitcoin rallying to Amazon hiring a digital currency expert: 6...

The internet is far from being accessible for all people with...

Google is doing a double-take on its FLoC timeline and will...

China orders Tencent to give up exclusive music licensing rights as...

Investors are worried about inflation. How bonds can help

More than half of adults have unused gift cards. Here’s how to make sure...