Electrify America will be 100 percent solar-powered by 2023 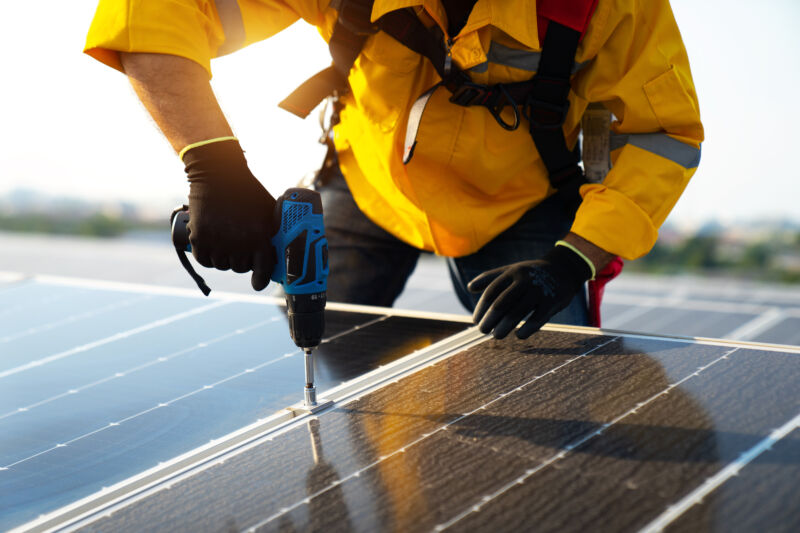 One of the best things about electric cars, other than their power trains, immediate torque, and relaxing quiet, is the fact that as the electrical grid becomes cleaner, so too does every EV that uses that grid to charge. That process took a step forward this week with the news that by next year, the Electrify America (EA) charging network will be entirely offset by solar energy.

On Wednesday, EA signed a 15-year agreement with Terra-Gen to purchase electricity from a 75 MW solar farm being built by the latter in San Bernardino County, California. In the past, Tesla CEO Elon Musk has made various promises about making Tesla’s Supercharger network entirely solar-powered, and the automaker has installed solar arrays at some of its charging locations. It does not appear that the network is fully solar-powered yet, though.

The Electrify America Solar Glow 1 project will break ground later this year, and when it’s fully operational in 2023, it should have an annual energy production of 225,000 MWh. That’s more than enough to account for the annual energy use of the EA charging network.

In fact, EA says that as of April, its electricity is already 100 percent renewable thanks to purchases from various suppliers, but with the commissioning of Solar Glow 1, the charging company should have complete confidence that it’s putting more solar energy into the grid than it uses to charge our cars.

“Electrify America’s business model—and purpose—has always been at the forefront of efforts to reduce emissions through enabling electric mobility,” said Giovanni Palazzo, president and CEO of Electrify America. “Our commitment to customers and to a sustainable future go hand-in-hand, which is why we are investing in renewable energy generation to commit to a net zero carbon footprint associated with the energy delivered to our customers.”