What is a solid state battery? 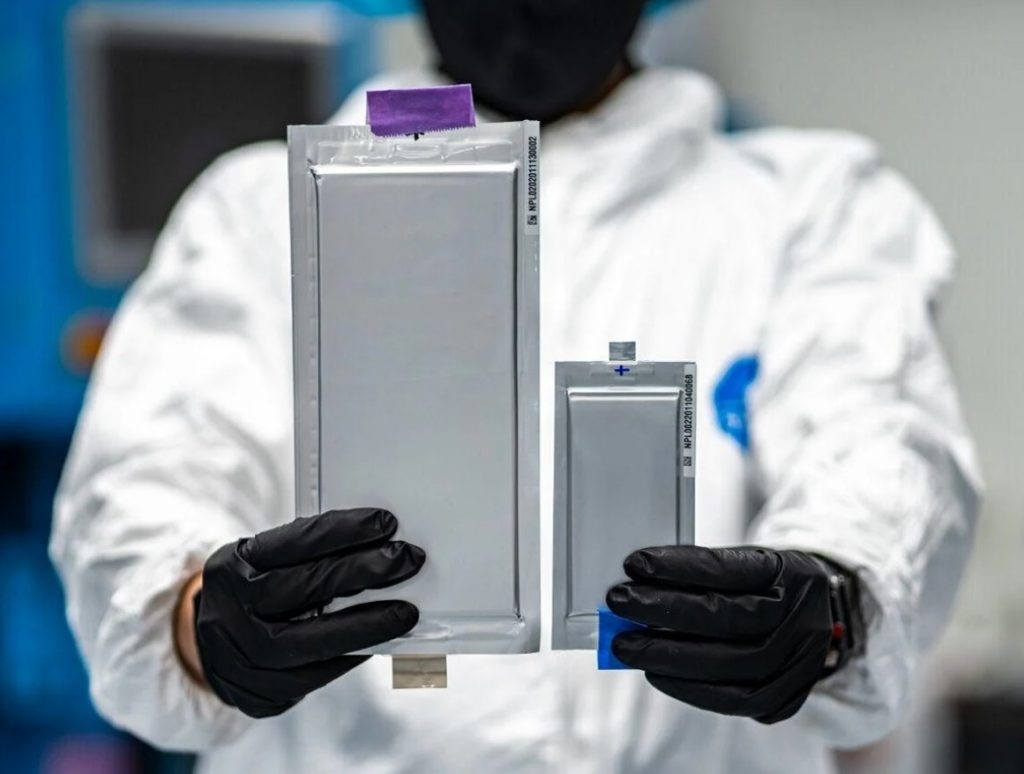 We depend on batteries to power the devices we rely on in our daily lives. Mobile phones, electric vehicles, laptops, tablets and even renewable energy storage solutions are just a few examples of devices that take advantage of rechargeable batteries.

Today’s most used batteries are consumer-grade lithium-ion, which can be charged in only a few hours or less and haven’t changed much in their design since they hit the market over three decades ago. Engineers are now looking to change that notion with the introduction of solid-state rechargeable batteries, but before we jump into that new technology, let’s better understand what lithium-ion batteries are and how they function. 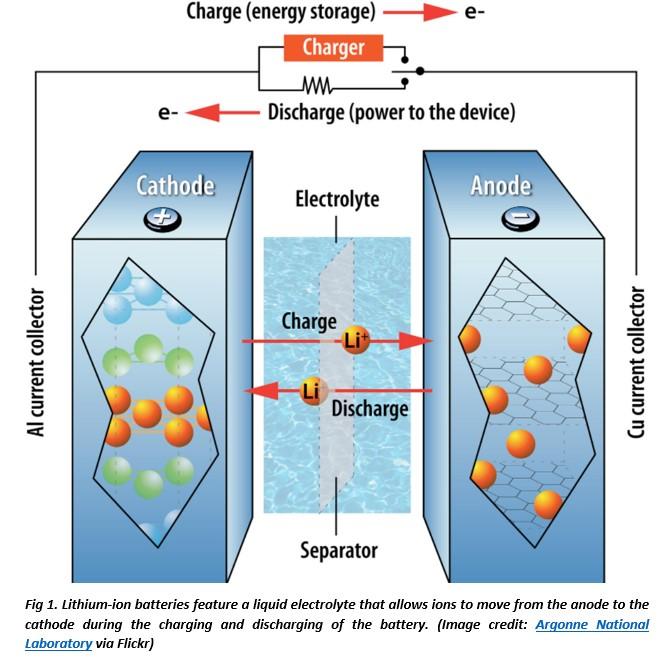 Lithium atoms in the anode are ionized and separated from their electrons during a discharge cycle. The lithium ions move from the anode and pass through the electrolyte until they reach the cathode, where they recombine with their electrons and electrically neutralize. The tiny ions are small enough to pass through a micro-permeable separator between the anode and cathode. Because of lithium’s small size, Li-ion batteries are capable of having a very high voltage and charge storage per unit mass and unit volume, meaning they can pack a lot of energy in a relatively small package.

What’s more, Li-ion battery cells can provide up to 3.6 V, three times higher than technologies such as Ni-Cd (nickel-cadmium) or Ni-MH (nickel-metal hydride). This means that they can deliver enormous amounts of current for high-power applications, are comparatively low maintenance and do not require scheduled cycling to maintain their battery life. That said, lithium-ion batteries have several drawbacks, with the most notable being high heat generation and their tendency to explode and catch fire when physically damaged due to the flammable electrolytes. Because of these risks, testing standards are more stringent than those for acid-electrolyte batteries, requiring a more comprehensive range of test conditions and additional battery-specific testing designed to root-out potential faults.

As the name implies, solid-state batteries utilize solid electrodes and electrolytes instead of their liquid counterparts. These batteries function as traditional lithium-ion batteries; only their material mockup has changed, specifically the electrolytes. In this case, ceramics, including oxides, sulfides, glass and lithium orthosilicate, are used to provide greater safety, stability, and energy densities. Solid-state electrolytes (SSEs) have also been designed using unconventional materials, including solid and composite polymers, and even gel polymers, which feature a freestanding membrane containing a certain amount of a liquid component immobilized inside of a solid matrix.

The cathodes in solid-state batteries maintain the lithium-based design found in lithium-ion batteries, but the anode can vary in materials and is affected by the electrolyte used; these include indium, silicon, glass, alloys, graphene and others. As mentioned earlier, batteries with SSEs function nearly the same as lithium-ion-based designs. When the cell is charging, lithium particles move from the cathode through a structure of atoms that form a separator, then move between the separator and the anode’s electrical contact, producing a solid layer of pure lithium.  In this way, the anode will only be formed of lithium particles and  have a smaller volume than a lithium-ion-based anode, which contains a graphite structure.

The benefits of the SSE design are many, at least in theory, and include increased ionic conductivity, higher volumetric energy density, long cycle life and increased thermal, mechanical and electromechanical stability. They are also easier to recycle, which reduces their carbon footprint.

While solid-state batteries are perceived as a futuristic technology, they have been used to power pacemakers, RFID chips, wearable devices and other small devices. That said, solid-state batteries do come with their fair share of challenges, which include costs, as they’re more expensive to manufacture and are difficult to scale. They also deteriorate faster than conventional batteries as the thickness of the lithium-metal anode increases during charging and decreases during discharging, reducing their lifespan. The separator is another known issue as it can only perform efficiently at high temperatures to allow the ion atoms to travel from anode to cathode, which is easily done with a liquid electrolyte. Poor conduction between cell layers also reduces the battery’s lifecycle, limiting its recharge capabilities.

Even though solid-state batteries are still considered in the development phase and have a while to go before they can be used in a wide range of applications, they are expected to be in use in the near future. Scientists and engineers envision solid-state batteries powering everything from mobile devices and cars to grid energy storage solutions in much of the same fashion as traditional lithium-ion batteries today.

Different this time? ‘Almost all’ Bitcoin metrics are now hinting at...