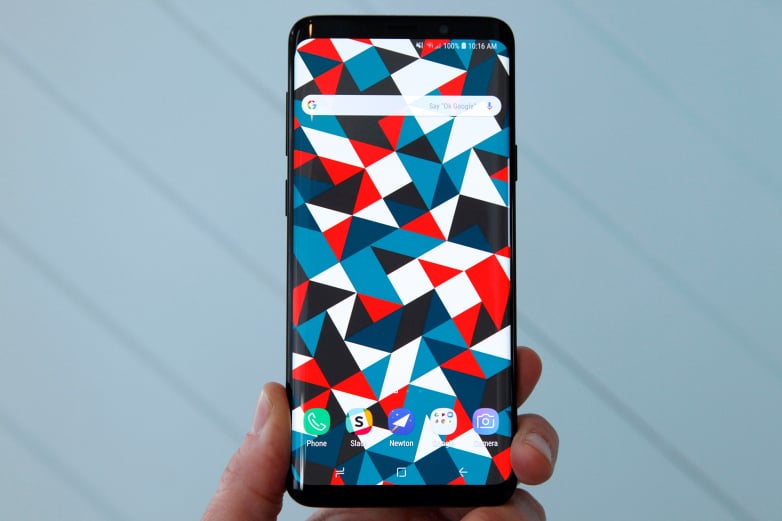 Christmas Day brings us more Galaxy S10 leaks, which shouldn’t come as much of a surprise considering how much new info we’ve been learning on a daily basis lately. First up, we’ve got images that feature alleged Galaxy S10+ screen protectors created by an accessory company using information from Samsung’s factories that is believed to be accurate. We saw the same screen protectors in previous leaks, but this time a well-known leaker says they’re a perfect representation of what to expect from the Galaxy S10+ when it’s unveiled in two months.

Prolific Samsung insider Ice Universe posted photos of screen protectors for the Galaxy S10+. The images show that the phone will have a huge Infinity-O display with two camera holes placed in the top-right corner of the screen. The side bezels are minimal, as the phone will feature curved edges just like its predecessor. The top and bottom bezels are also incredibly thin, a lot slimmer than the Galaxy S9. On the top, the bezel features a tiny cutout that will house the phone speaker.

If the images seem familiar, that’s because we’ve seen these protectors in previous leaks. While accessory makers aren’t always right with their designs, the leaker says these products are accurate.

The iPhone X (and its XS and XS Max successors) share the same design. Apple’s handsets feature symmetrical bezels around the display that are broken up by a notch at the top, which houses the camera, Face ID components, and speaker. The Mate 20 Pro, meanwhile, has a design that’s a combination between the iPhone X and the Galaxy S9 — that means we have a notch at the top, but also curved side edges and a more prominent “chin bezel” at the bottom.

The Galaxy S10+ has a bottom bezel that’s about as big as the iPhone X, and even slimmer than the Mate 20 Pro. The side bezels, meanwhile, will be even thinner than the iPhone X because the screen has curved edges.

If the screen protector design is based on actual information from Samsung, it means the Galaxy S10 phones will have a higher screen-to-body ratio than the iPhone XS Max and Mate 20 Pro — and any other smartphone featuring a notch design. Samsung is expected to announce the Galaxy S10 phones on February 20th, and release them in stores a couple of weeks later.

Google on Thursday introduced a new perk for select Google One subscribers: access to a virtual private...
Read more
Technology

The new Oculus Quest 2 VR headset was preordered more than five times as much as last...
Read more

U.S. stock futures tumbled early Friday after some of the technology heavyweights came under pressure following their...

The Oculus Quest 2 was preordered five times as much as...

If Credit Card Relief’s a No-Go, Check Out Debt Management

Here’s a breakdown of the new income tax changes

How to Save Money on Groceries and Lower Food Waste

4 Questions That Keep Most Pre-Retirees Awake at Night