How the shutdown hit Christmas 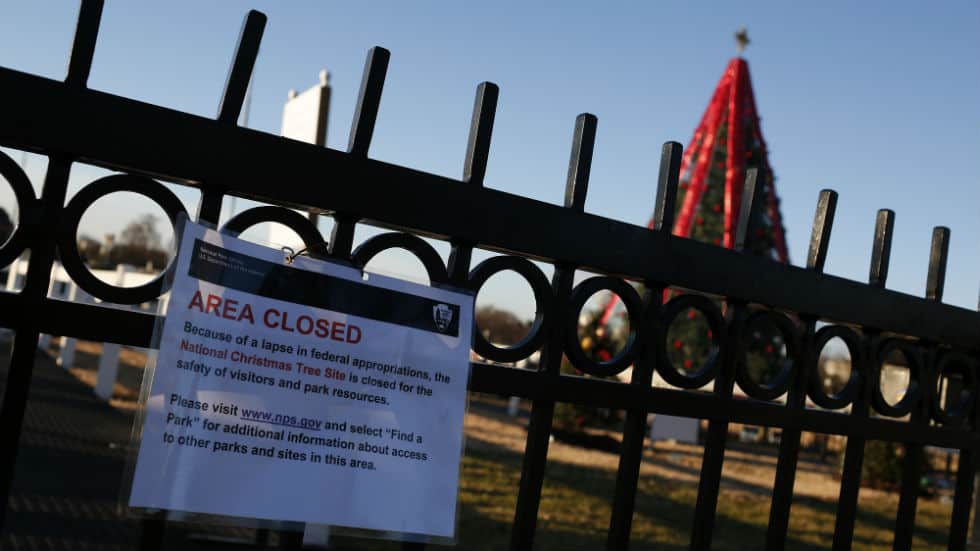 The impacts of a partial government shutdown are extending well beyond Washington, D.C., and the government workers who live there.

This Christmas, Transportation Security Administration agents and air traffic controllers are working without pay during the busiest travel days of the year. They will be probably paid retroactively, but workers don’t know when that paycheck will hit their bank accounts.

Some law enforcement agents — such as FBI and Immigration and Customs Enforcement workers and officers at correctional facilities — were forced to cancel long-planned Christmas vacation. If they qualify as essential personnel, they are required to work during a government shutdown or face indefinite furlough.

“The big thing is, it’s already a very tough job,” Justin Tarovisky, a correctional officer at West Virginia’s Hazelton penitentiary, told The New York Times. “But when you know that you’ve got to go to work and you’re not going to be paid for it — or it’s going to be late, no matter what — it really brings you down.”

During a 2013 shutdown, National Weather Service employees were forced to work without knowing when they’d be paid next. To draw awareness, the workers in the Anchorage office sent a coded message in a forecast that spelled out: “Please pay us.”

This time, Americans nationwide shared their personal shutdown-related financial concerns using the hashtag #ShutdownStories. The hashtag had hundreds of posts by midday Christmas Eve from people like a Great Smoky Mountains National Park ranger’s wife, who was concerned about making mortgage payments while her husband was furloughed.

In a number of cities, out-of-town visitors won’t be able to see some prominent tourist attractions.

The lights were turned off on the National Christmas Tree that stands near the White House over the weekend because repairs could not be completed after a man damaged the lights by climbing the tree before the shutdown. A grant from the National Park Foundation allowed the lights to be turned back on Christmas Eve.

Although national parks technically remain open during a shutdown, they are without staff which means the roads are not plowed and toilets and trash are not serviced. During winter in particular that can leave some parks, including the Rocky Mountain National Park, unsafe or impossible to access.

“It’s going to come down to environmental degradation. It’s going to be trash; it’s going to be human waste; it’s going to be people driving around on the land,” Seth Zaharias, a tour guide in Joshua Tree National Park, told The Guardian. “We expect to have about 100,000 people out there in the park during the holiday season, so if 0.1 percent do stupid things, that could have a big impact.”

Some states activated funding to keep locations open and serviced, including the Grand Canyon and the Statue of Liberty.

The shutdown had effects in unexpected places, such as Mount Vernon, N.Y., where a holiday organ concert was postponed because St. Paul’s Church is a national historic site run by the National Park Service.

Even those hoping to enjoy the national parks from afar — through livestreams and nature webcams — were disappointed. The popular sled dog puppy webcam from Denali National Park in Alaska was one of several that was shut off for the shutdown.

Elsewhere, locals had to cancel plans ranging from walking the Hyde Street Pier in San Fransisco to eagle watching along the upper Skagit River in Washington state.

Ticket-holders for behind-the-scenes or night tours with Alcatraz Cruises in California were told they were being refunded due to the shutdown. The island with the former federal prison is part of the Golden Gate National Recreation Area.

Oil And Gas Bankruptcies Jump Despite Rise In Crude Prices

Market bull predicts stocks could surge another 8% by July, but...

With stocks at all-time highs, one of Wall Street’s biggest bulls is taking his optimism up a...

Facebook plans to go after Clubhouse — and podcasts — with...

DuckDuckGo Comes Forward With A Chrome Extension To Block FLoC, The...

US investigates code testing hack that could affect thousands of companies

New grads: Why you need a good credit score after college and how to...

The Perfect Storm for Retirees