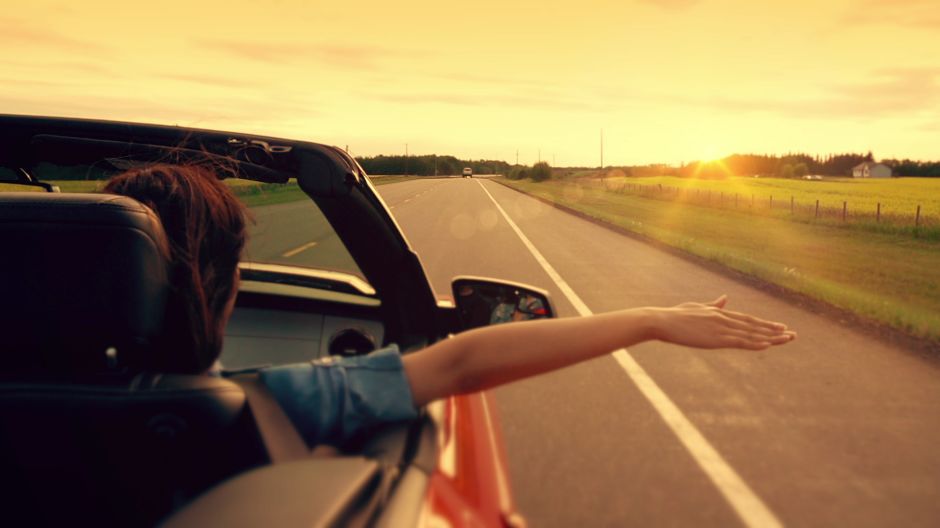 In 2010, 24-year-old Grant Sabatier had just moved back in with his parents after bouncing from job to job and then getting laid off in the midst of the recession. With less than $5 to his name and only three months to find his own place, Sabatier knew he needed to get his finances back on track.

His wake-up call came on the morning of August 24th when he wanted a Chipotle burrito for lunch. “I only had $2.26 in my bank account — not even enough to buy a side of guacamole,” says the Millennial Money founder and author of “Financial Freedom: A Proven Path to All the Money You Will Ever Need.”

Sabatier set a goal for himself on the spot: Earn $1 million and retire as early as possible.

He began doing anything he could to make money, from flipping domain names to buying and selling Volkswagen campers. “I had 13 different income streams at one point,” he says.

Sabatier boosted his income to more than $300,000 per year. He also managed to save around 80 percent of what he brought in, which he invested in the market. Only five years, three months and six days later, Sabatier reached his goal with more than $1.2 million saved. That was in 2015.

Although his story sounds extreme, Sabatier, now 34, believes nearly anyone who earns more than a certain amount can follow in his footsteps. “I think a vast majority of Americans can retire in 10 years or less if they’re making at least $70,000 per year,” he says.

To make that happen, you have to be willing and able to consistently save 50 to 70 percent of your income, he says, and that may require a major overhaul of your lifestyle. But you don’t have to make yourself miserable. It all comes down to your attitude going into the situation, he says: “The important thing here is to realize that saving is not a sacrifice. It’s an opportunity.”

Sabatier emphasizes that making short term sacrifices now allow you the freedom of financial independence later. “You’re probably thinking, ‘Oh, I’d have to get a really crappy apartment or drive a really crappy car.’ And the answer is: You might actually have to do that for a little while,” he says.

If you’re interested in retiring in 10 years, Sabatier offers three tips to make it happen.

What’s your biggest monthly expense? For many people, it’s your rent or mortgage. Sabatier recommends trying to decrease that number by as much as you can because it’s a simple way to make a big impact on your savings.

“Live in the least expensive apartment that you can, get roommates, house hack, buy a two-bedroom apartment and rent out the other room to keep your housing expenses as low as possible,” he says. “If you can cut your housing expense from $2,000 down to $600 or $700, all of the sudden, you’ve 10 or 15 years off the time that it will take you to retire.”

2. Start a side hustle

You can only cut your expenses so much. But the amount you’re able to earn is limitless.

“Go out and just try to make a little extra money,” Sabatier says. “You don’t have to go crazy, you don’t have to go out and make an extra $10,000 or more per month. But every $1,000 you make and invest instead, that’s going to cut literal months off the time that it will take you to retire.”

He notes that it’s also important to invest your extra income. By putting your cash to work, those earnings are able to grow, rather than sit in a regular savings account, where it can actually lose value in the long term.

If you want to retire early, the “most important thing” is to keep yourself motivated.

“I see a lot of people who get really excited and they’re like, ‘Oh my gosh, I’m going to go out and become financially independent. I’m going to retire early.’ And then you check back in with them 90 days later and they’re no longer doing it,” Sabatier says.

Sabatier kept himself going by gamifying his savings. “This is one of those things where it can actually get pretty fun, and it can get really addictive,” he says. Once you’ve got a little momentum going, he says, “look at your bank account every day for five minutes. … You’re going to start seeing your money grow and that’s all the motivation that you’re going to need.”

And don’t get discouraged if you realize along the way that 10 years isn’t a reasonable goal for your lifestyle. “Even if it takes you 12 years or 15 years, you’ve still retired early,” Sabatier says.

6 Things You Should Know About Signing Up for Medicare

It may come as a surprise, but for many people, health care becomes more complicated after age...
Read more
Personal Finance

Those cheesy TV infomercials promising “three easy payments of $19.99” were quite ahead of their time. Though...
Read more

Senate Democrats called on Facebook to end its digital wallet and cryptocurrency project in a letter to...

A massive ‘stalkerware’ leak puts the phone data of thousands at...

Apple has lost $229 billion in market cap since its September...

6 Things You Should Know About Signing Up for Medicare