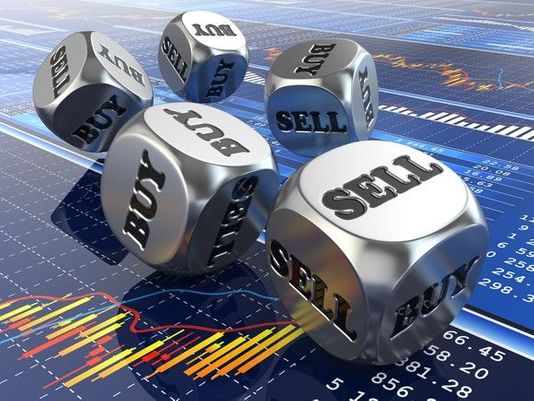 Stocks largely closed lower on Friday, led by shares in energy companies and fueled by renewed concerns over global oil production. Trade volume also was light during the half-day market session the day after Thanksgiving.

“Today seems to be clearly about oil. You saw the Saudis commit to more production,” said John Lynch, chief investment strategist at LPL Financial. “Oil prices have gotten whacked, and the energy sector is down more than double anyone else.”

Crude oil prices tumbled amid worries over rising production, record output from Saudi Arabia and mounting doubts that OPEC will cede to U.S. pressure and elect to cut production at the oil cartel’s meeting next month.

The benchmark U.S. crude contract slid 7.7 percent to $50.42 per barrel in Friday trading.

Experts say the U.S. is increasing pressure on Saudi Arabia and OPEC to not cut production, as the Saudis had indicated they would at their meeting on Dec. 6. U.S. President Donald Trump may have some leverage by not sanctioning Saudi Arabia over the death of a dissident writer. With oil supply already ample, that could push prices down further.

“It’s really a low-volume day, so I wouldn’t read too much into it beyond energy,” Lynch said. “I’m curious to see what next week brings.”

He noted that worries over future interest rate increases and trade tensions with China continue to weigh on investors.

Federal Reserve Chairman Jerome Powell is scheduled to speak on Wednesday, and investors will look for clues indicating how aggressively the central bank will increase a key benchmark rate that affects rates on business and consumer loans. The higher the rate, the more expensive for companies to borrow money for expansion needs.

Late next week, the G20 summit kicks off in Argentina and could be one of the last times President Trump and Chinese President Xi Jingping come to some agreement on trade before the U.S. is scheduled to hike tariffs on $200 billion of Chinese imports to 25 percent from 10 percent in January.

“We’re not experiencing the post-election surge like we historically have,” Lynch said. “If we can get an improved outlook from the Fed and G20 (next week), investors can focus on above-average earnings growth next year.”

The three main Wall Street indexes ended Friday higher for the day and week, with the S&P...
Read more
Stocks To Watch

The transition to a global energy system that runs on renewable energy rather than finite and dirty...
Read more
Stocks To Watch

Investors’ love affair with technology stocks has cooled off noticeably this year. And while...
Read more