Social Security: 3 Great Reasons to File for Benefits at 66 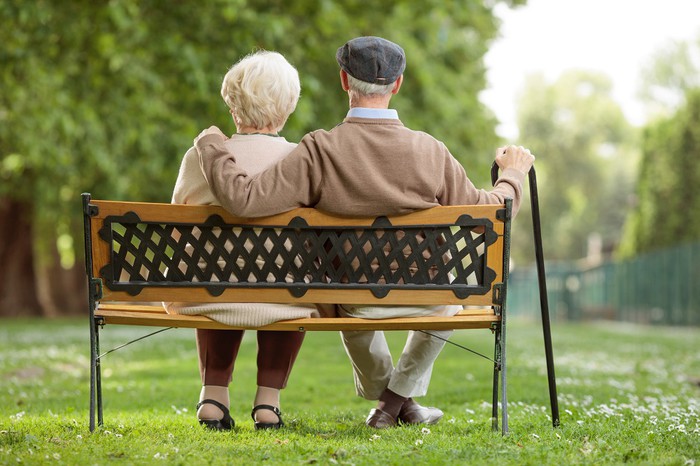 Social Security, despite all its issues — and the real concerns about its future, barring action by Congress — has proven to be a hugely important program for older Americans. The average current retiree gets $1,411 per month from the program, or about one-third of his or her income.

Furthermore, it’s also quite flexible, allowing seniors to take a benefit as early as age 62 or as late as 70, with the age you file determining the size of your monthly benefit. In general, the total payout over the length of your life should be fairly consistent regardless of when you file, but as Americans live longer, that’s starting to change.

And that, along with other things, can complicate the decision of what age is best for you individually. For some people, filing at 62 absolutely makes the most sense, while for others, waiting until age 70 is the best call. In general, the numbers show that the average American would do best to file at age 66.

Let’s take a look at three of the biggest reasons that 66 is generally the best age to file for Social Security.

1. It’s the best balance between money and time

Delaying all the way to age 70 would result in the biggest monthly check, but frankly, most of us won’t be able to afford to put off Social Security that long without continuing to work. And while a lot of Americans will be forced to work until age 70 or even longer, you shouldn’t feel like you’re forced to if you absolutely don’t have to.

And that makes 66 — or more accurately between 66 and 67, depending on your full retirement age — the ideal age to start Social Security.

Not only will it result in a substantially bigger monthly check versus filing at 62, but you’ll still be relatively young. The average 66-year-old American will live nearly 20 more years, and those bigger benefit checks can make a significant difference in quality of life.

Waiting until age 66 would also result in thousands of dollars more in benefits versus filing at 62, if you live an average life expectancy. And since those checks would be 30% bigger, the benefit of waiting will be even more pronounced the older you get. That’s especially important if you end up one of the seniors who count on Social Security for half or more of their income.

2. You haven’t saved enough for retirement

When it comes to providing potentially decades of income, those are tiny balances. Based on the 4% annual-withdrawal rule, we’re talking about less than $3,000 per year in long-term income. If you don’t have substantially more saved than that, you may need to continue working to age 66 simply to boost your retirement savings balance.

3. It could make a big difference for your spouse

For many of you reading this article, when you take Social Security will have repercussions that affect your spouse, and potentially for years after your time on earth is over. This is especially true if you are the bigger earner and your spouse is likely to outlive you.

Facebook
Twitter
WhatsApp
Linkedin
Email
Print
Previous articleHow Would You Fix Social Security?
Next articleMeet the tech-savvy upstarts who think they can finally give Realtors a run for their money

With coronavirus cases spiking across the country and the U.S. officially in a recession, it's more important...
Read more
Personal Finance

For those who have been enthusiastic about the stock market, eagerly awaiting the arrival of their monthly...
Read more
Personal Finance

Avoid ‘Joker’ Android Apps That Sign You Up for Scam Subscriptions

Coinbase reportedly prepping to go public, and the good times are...

Market heads into worst earnings season in 12 years amid worries...

Here’s what happened to the stock market on Friday

What Is A “Fireball Meteor”

Rivian raises $2.5 billion in aggressive plan to beat Tesla and Nikola with the...