Here’s Why 14% of Workers Have a Side Hustle 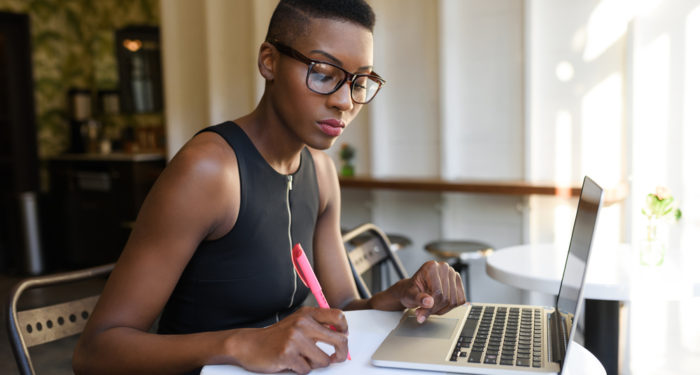 We all have bills to pay and financial goals to meet. Some of us can get there by cutting expenses in our budgets to eke out savings from our paychecks. But in many cases, getting our hands on extra money means taking on a side hustle.

A side hustle is just another term for a second job on top of a regular one, and it’s a trend that’s been sweeping the nation in recent years. As of late 2017, a good 44 million Americans were making money from a second gig in addition to collecting a paycheck from a full-time job, and though side hustles are often associated with younger workers, there are plenty of middle-aged and older folks who have them as well.

You’ll often hear people say they’re getting a side hustle to pay off debt, save for a vacation, or simply have some extra spending cash to play with. But in a new study by the Indexed Annuity Leadership Council, 14% of workers with side hustles are taking on that additional work for one key purpose: to build their retirement nest eggs. And that’s a really good reason to put in some extra effort.

Will a side hustle save your retirement?

At first glance, it might seem implausible that a side hustle would spell the difference between having enough money in retirement or not. But what you may not realize is that if you work that second gig consistently and bank small amounts from it each month, it’ll have a big impact over time.

Imagine you’re in your mid-40s with little retirement savings, and your paycheck is currently eaten up by expenses. You therefore decide to spend 10 hours a month doing freelance work on the side, which gives you $300 in hand to work with after taxes. If you sock that $300 away rather than spend it, and do so for the next 20 years, you’ll wind up with $147,000 in retirement savings if your investments generate a 7% average annual return during that time, which is more than doable with a stock-centric portfolio. Now, that $147,000 probably won’t allow you to live like a high roller in retirement, but it could be enough to pay your bills. And that’s why it pays to put in that effort — even if you’re already swinging a full-time job.

The hidden benefit of having a side hustle

Clearly, working a second gig means having extra money at your disposal, whether you use it to build retirement savings or for another purpose. But one lesser-known benefit of working a side hustle is that if you establish a solid customer base during your career, you’ll have the option to continue doing that work in retirement.

These days, a large chunk of retirees are working in some capacity, whether it’s because they need the money to pay the bills, they want the money to travel more, or they’re bored senseless and need something to do with their time. Having a well-established side hustle, therefore, can come in extremely handy when you’re older and desire that income stream or means of fulfillment.

Remember, your side hustle doesn’t have to be a 20-hour-per-week endeavor. If your full-time job keeps you pretty busy, start by taking on an hour or two of side work per week, and slowly but surely ramp up over time. You can also increase or decrease your hours depending on how busy life gets. For example, if you tend to have a light social calendar in the winter, that’s a good time to work a bit harder at your side gig. And if your summers tend to be packed, feel free to lighten your load at that time and work fewer hours. The beauty of having a side hustle is that you get to make the choices that work for you, and if you play your cards right, you just might secure a comfortable retirement along the way.

You'll often hear about the importance of saving for retirement. But saving is only part of the...
Read more
Personal Finance

It’s a pressing question not just for higher-education experts and legal wonks. Tens of millions of Americans...
Read more

How to Claim a $25 Credit in the ‘iPhone Throttling’ Lawsuit