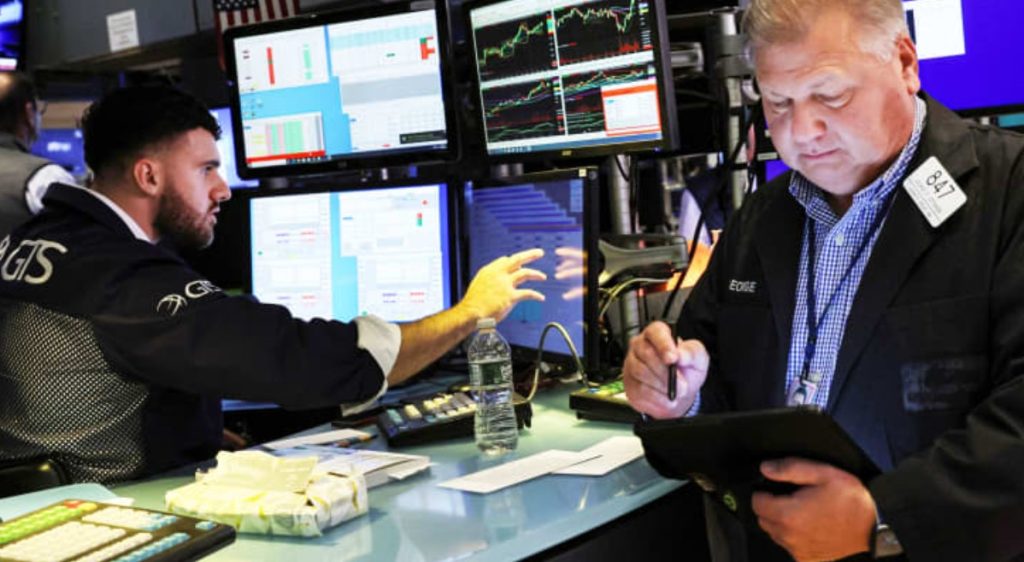 Here are the most important news items that investors need to start their trading day:

U.S. equities markets looked headed for a tepid opening Tuesday morning after all three major indexes rose Monday. The Dow Jones Industrial Average, in fact, finished above its 200-day moving average for the first time since April. Investors are also getting their first taste of big retail earnings Tuesday as Home Depot and Walmart reported their most recent quarterly results (see below). Stocks have had a strong summer overall following a brutal first half of the year, prompting some market watchers to suggest a new bull market is beginning. Not so fast, though. Markets could be in for a bumpy September, writes CNBC’s Patti Domm.

2. Walmart sticks with its outlook

The retail giant posted healthy profit and revenue beats Tuesday morning, while standing by its forecast for the second half. Earlier disclosures set the stage for the results. Last month, Walmart warned its profits would be squeezed as customers, dogged by sky-high inflation, sought out bargains on lower-margin items such as groceries as they shunned more profitable discretionary items like electronics. The retailer, like others in the space, has had to work through a glut of excess inventory, too, as shoppers changed their behaviors. Earnings aren’t the only big news for Walmart this week. On Monday, the retailer announced a deal to offer the Paramount+ streaming service, home of “Paw Patrol” and “Star Trek: Strange New Worlds,” to Walmart+ subscribers.

The home improvement retailer beat Wall Street’s expectations on the top and bottom lines. The company also stuck with its outlook for the year, even as Americans contend with high inflation. Home Depot sales reflect the strength of higher-end consumers who hire professional contractors. “Our performance reflects continued strength in demand for home improvement projects,” Home Depot CEO Ted Decker said in a statement accompanying the earnings release. Not everything was rosy, though: The company said total customer transactions slipped to 467.4 million from 481.7 million in the prior-year quarter. Rival home improvement retailer Lowe’s, which caters more to the DIY crowd and could offer a clearer picture of the general consumer, reports earnings Wednesday morning.

The housing market keeps taking strange turns. Homebuilder sentiment fell into negative territory this month, according to National Association of Home Builders/Wells Fargo Housing Market Index. Other than a brief moment in the early days of the Covid pandemic, it’s the first time that’s happened since 2014, reports CNBC’s Diana Olick. “Tighter monetary policy from the Federal Reserve and persistently elevated construction costs have brought on a housing recession,” said Robert Dietz, chief economist for the NAHB. Mortgage rates have declined from recent highs, but are still nearly double what they were at the beginning of the year. Home prices are still rising, too, and supply remains tight.

“Top Gun: Maverick” can’t keep printing money forever. We are officially in the doldrums of the summer box-office season. August and September are traditionally fairly weak months for big new releases, but this year is especially soft since studios, disrupted by the Covid pandemic, simply do not have as much product to put out. So two of the biggest players, Disney and Sony, are turning to some old favorites to juice business. Sony’s “Spider-Man: No Way Home,” which has already grossed more than $1.8 billion worldwide, is coming back in September. Disney, meanwhile, is promoting two big releases with a couple of rereleases. Ahead of its Disney+ series, “Andor,” the studio is putting out 2016′s “Rogue One: A Star Wars Story,” and it is rereleasing 2009′s “Avatar” to prime interest in the long-awaited sequel, “Avatar: The Way of Water,” due in December.

Only about 30% of millennials are comfortable investing in crypto, down from about 50% in 2021: ‘The shine has come off these coins’

Cryptocurrency’s popularity with American investors is on the decline. In 2022, only...
Read more

Bank of England intervenes in bond market after historic sell-off