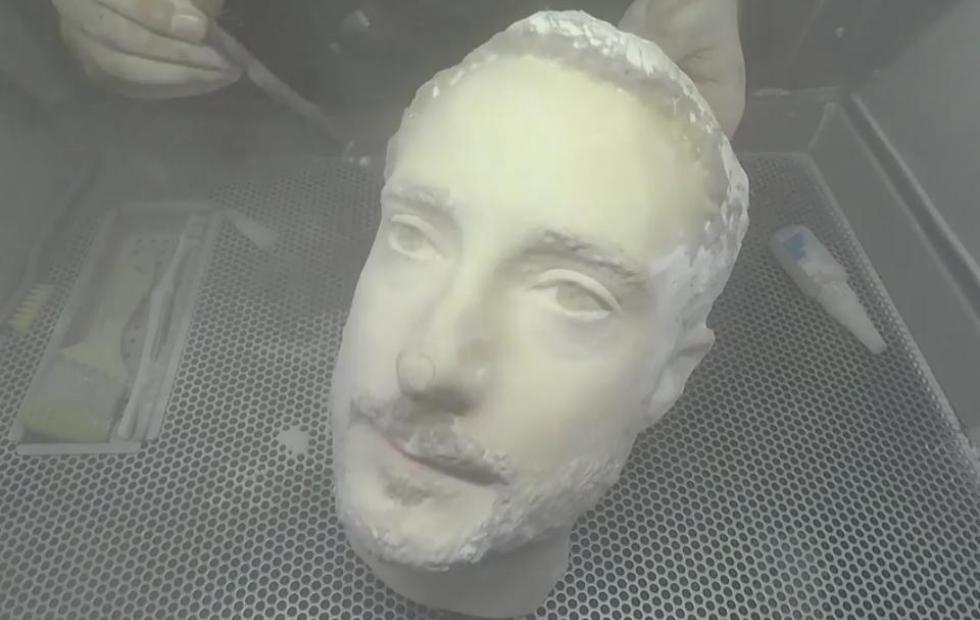 With fingerprint sensors disappearing, either behind screens or, in the case of the iPhone, completely, there is a great deal of attention and scrutiny being placed on face recognition. Although most of the tests have moved past using photos or even images displayed on a phone screen, there is no expense spared for trying to dupe this new breed of face recognition technologies. A new report uses a carefully crafted 3D printed head to test the iPhone X and four Android phones. And the results, while disappointing, were hardly surprising.

We’ll cut down to the chase. The iPhone X was the only one that was not unlocked by a fake head that was carefully scanned from its owner, manually tweaked, and then printed in the UK. The ghastly appearance and lifeless eyes may have clued Face ID in on the hoax. There might be other tests, however, that would try to disprove that, especially on the first gen Face ID on the iPhone X.

The four Android phones, the LG G7 ThinQ, the Samsung Galaxy S9, the Samsung Galaxy Note 8, and the OnePlus 6 all got tricked to varying degrees and attempts. Again, it’s disappointing when compared to the iPhone but even Forbes’ interview with the phone makers reveal that none of them claimed the same level of security and accuracy as Apple does. They all advised using the fingerprint scanner as a more secure fallback, something the iPhone X, of course, doesn’t have.

When it comes to hardware, the comparison might also be unfair. Few if not none of these four have the same 3D technology that Apple advertises, like flood illuminators and such. OnePlus already made a public statement about how relatively insecure Face Unlock is on the OnePlus 6 and the Galaxy Note 8 doesn’t even have the more advanced sensors that the Galaxy S9 has. Curiously, the report doesn’t test the one manufacturer that does make the same claims as Apple does: Huawei.

That said, that doesn’t really excuse these Android phone makers from not trying harder, just that they haven’t reached that far yet. And yes, this does speak volumes of Apple’s lead in this technology, which it has invested more money and time into (because it probably had no choice really). Android OEMs definitely have a lot of catching up to do but hardly anyone switched from Android to iPhone just because it did 3D face recognition better.

Someone has gotten their hands on a database full of Facebook users’ phone numbers, and is now...
Read more
Technology

Back in 2019, Google announced an initiative to build a more private web through open standards. The...
Read more
Technology

Mobile gaming has grown at an exceptional rate over the last few years — it's truly incredible...
Read more

Singapore GDP decline slows to 7% in Q3 after reopenings

Tips to getting out of debt and boosting your credit score...